Gil Jones and Matt Zucker may seem like regular guys just out of college–but they have one of the coolest jobs around! They are both software engineers for Bluefin Robotics, a company that makes underwater robots, otherwise known as autonomous underwater vehicles (AUVs). Bluefin’s AUVs are small, unmanned submarines that use on-board artificial intelligence to complete survey tasks with little or no human supervision.

Although Matt and Gil do the same job now, the difference in how they got there shows there really is no single path to robotics.

Getting There
“I was a classic underachiever in high school,” says Matt. “I got into college by the skin of my teeth. Once I got into college, though, I realized I wanted to focus on my interests. Studying something I liked really made it all worthwhile.” In college at Vassar, Matt took 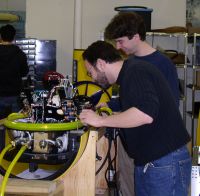 his interests in biology and computers even further. He took classes in psychology, philosophy, anthropology, human brain and behavior, and artificial intelligence to work his way to a degree in cognitive science. His main interest? Helping robots and computers learn complex behaviors.

Gil, on the other hand, was a good student in high school, but didn’t start out in robotics either–he was more interested in political science. At Swarthmore College, he was inspired by computer science. “I wanted to focus on artificial intelligence. I took an artificial intelligence class where we started playing with Lego robots, using Handyboards and sensors.” Gil really got interested in robotics through AAAI robotics competitions (imagine creating a robot that can serve hors d’oeuvres!), and when he graduated with a degree in computer science, a lot of his experience was with robots.

The bottom line, both Gil and Matt agree, is that you don’t have to go to an engineering school. Liberal arts universities and colleges will also give you the skills you need to do robotics. If you’re interested in a lot of things–physics, math, science, engineering, communications, and others–you’ll do well.

Landing the Job
Both got Gill and Matt did summer internships during college that provided them with work experience and an idea of how to get a job in robotics. During one summer, Gil 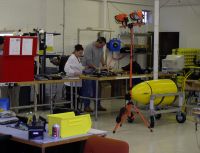 worked for the Naval Research Laboratory doing software artificial intelligence research and then, after graduating, spent the summer preparing for another AAAI competition. When one of his friends got a job at Bluefin, Gil learned about the company and then applied to be a software engineer. Matt got an internship at Bluefin during the summer between his junior and senior years and was then offered a job following graduation. What’s their best advice for getting internships and jobs? Perseverance! “Just find someone who works in robotics and ask them for advice,” says Matt. Gil adds, “Sometimes it’s difficult to get in, but keep trying. Think about doing an internship for free. Often internships are the first step through the door.” 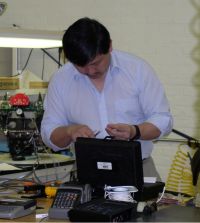 A lot of the work Bluefin does is in partnership with other places such as the Woods Hole Oceanographic Institution and the Monterey Bay Aquarium Research Institute. The important thing is to know what’s going on in your field or area of work–talk to people and read the research. Don’t reinvent the wheel. 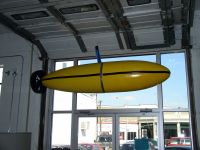 Both Matt and Gil plan on going back to school sometime to do graduate work. Matt wants to study computer science, focusing on computer graphics and computer-human interfaces. Eventually, he wants to be a professor. Gil plans to go back to school specifically in robotics. He finds underwater robotics exciting because it requires autonomy, but there are a lot of other cool areas of robotics he’d like to explore.

The draw for both of them is that robotics is a quickly changing and very open field. As they point out, “You can do new stuff in any of the related areas and that’s exciting!”