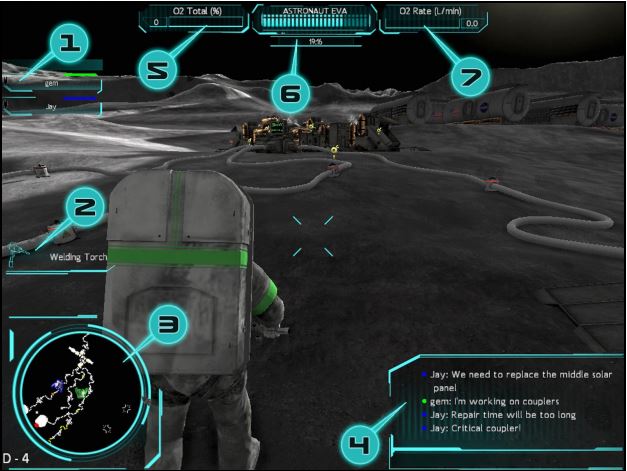 NASA has released a new video game for the PC.

Here is the description:

NASA has once again landed on the lunar surface with the goal of colonization, research, and further exploration. Shortly after the return to the Moon, NASA has established a small outpost on the south pole of the moon called Moonbase Alpha.